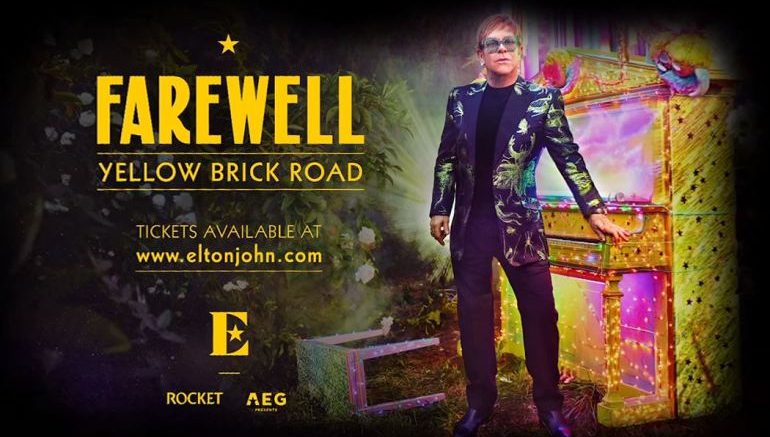 Sir Elton John has announced plans for his swansong on the stage, but he’s going out in style.

In January 2018, Elton John revealed that he will retire from live performance after an epic tour titled the ‘Farewell Yellow Brick Road’ tour.

But where and when is Elton performing? And how can we get tickets? Here’s all you need to know so far…

So far, Elton has announced 90 tour dates: 74 in North America and 16 in Europe. However, he is yet to announce the full tour, as it will actually take place over the course of three years and over 300 shows in total.

The tour dates he has announced so far are:

What can we expect on the tour?

Elton announced the tour at an event in New York’s Gotham Hall, saying: “My life has changed, my priorities have changed and my priority now is my family.”

Speaking to The Guardian, Elton said that his children and family were a key factor in his decision: “We had taken them around everywhere when they were little, because they were very portable.

“But then they weren’t so portable and we had to have a big discussion about what I wanted to do with my life, the children and my career. And I said I’d like to end with a big tour and spend the rest of my life with my children.”

Elton is expected to play a long list of his greatest ever hits, from ‘Your Song’ to ‘Candle in the Wind’ to ‘Saturday Night’s Alright for Fighting’.