‘The Face of Dynasty: Royal Crests from Western Cameroon’ at the Metropolitan Museum of Art (through Sept. 3).
At The Met Fifth Avenue 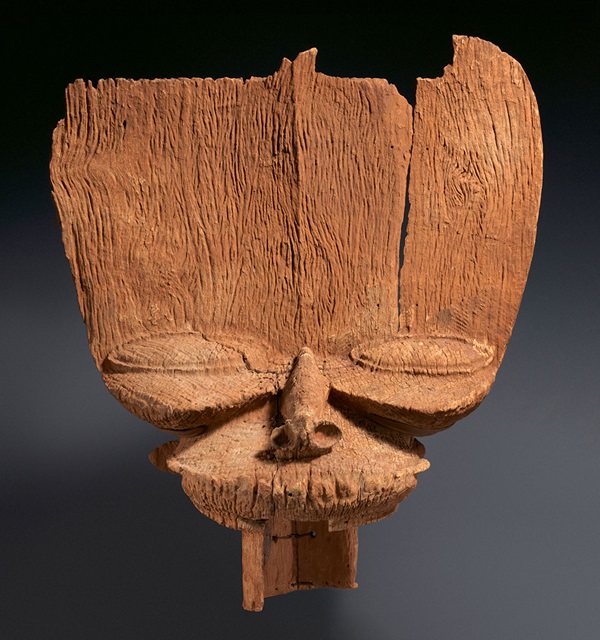 In the African wing, a show of just four commanding wooden crowns constitutes a blockbuster in its own right. These massive wooden crests — in the form of stylized human faces with vast vertical brows — served as markers of royal power among the Bamileke peoples of the Cameroonian grasslands, and the Met’s recent acquisition of an 18th-century specimen is joined here by three later examples, each featuring sharply protruding cheeks, broadly smiling mouths and brows incised with involute geometric patterns.

As avatars of royal power and authority in Western Cameroon, tsesah crests by Bamileke artists stand out for their monumental scale and bold interpretations of the head. In celebration of The Met’s recent acquisition of a rare eighteenth-century masterpiece, the exhibition presents this tsesah crest along with three examples drawn from other collections. Only fifteen works from this genre survive, and this presentation is the first opportunity in the United States to view a group of these epic creations together.

The exhibition is made possible by the Friends of Africa, Oceania, and the Americas: Art of Five Continents, with additional support from Kyveli M. Alexiou and Javier Peres.